The ratio of delayed flights operated by Vietnamese airlines in the first six months of 2017 dropped 3.6 percentage points from the same period last year to 12.2% despite a 6.2% increase in the number of total flights reaching 136,400. 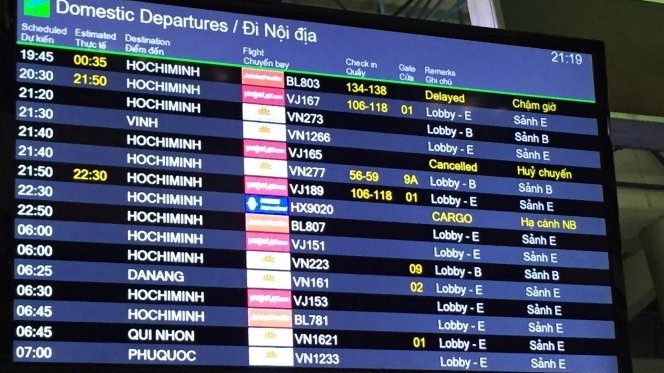 The first half of 2017 also saw 585 cancelled flights, equivalent to 0.4% of total flights, down 0.2 percentage point from a year ago.

According to the Civil Aviation Authority of Vietnam (CAAV), the most common reason for delays was late-arriving aircraft, which accounted for more than 70% of total delays while air carrier delays were the second most common at nearly 20%.

CAAV affirmed that all airlines have made efforts to bring down the ratio of delays and cancellations compared with the same period last year amid a rise in flights and passengers and little improvement to airport infrastructure.

In June alone, the proportion of delays was 15%, higher than the previous month but lower than the summer peak in June last year.

As an airline with nearly 50% of the domestic market, budget carrier Vietjet has implemented a wide range of measures to improve its on-time performance, which reached 85.6% in the first six months of 2017, up 2 percentage points from the previous year.