The Vietnam Association of Seafood Exporters and Producers (VASEP) on August 15 published an article on its website saying inaccurate information about Vietnamese tra fish on several Romanian websites could affect Vietnam’s tra fish exports to this market. 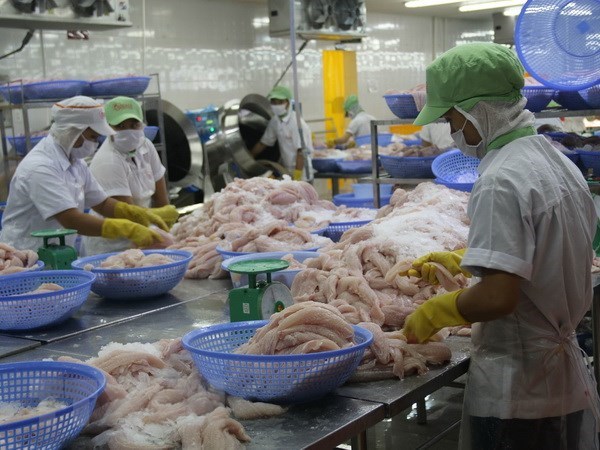 Some even called for a boycott of tra fish in restaurants which serve it, according to VASEP, adding that the incorrect information in newspapers with a large following, such as adevarul.ro and realitatea.ro, could cause the false warning to spread more quickly.

Although Romania is a small import market of this product of Vietnam with a value of below 5 million USD a year, this kind of news can expand without control online, harming Vietnam’s tra fish exports to not only Romania but also other European countries, the association alleged.

VASEP is keeping a close watch on the matter through the Vietnamese Trade Counsellor in Romania to take appropriate actions to avoid possible losses for the country.

This is not the first time Vietnam’s tra fish has been smeared in Europe. At the beginning of 2017, Spanish commercial television channel Cuatro broadcast incorrect and defamatory information on tra fish bred in the Mekong River.

According to the Cuatro report, tra fish is being raised in unclean cages and fed with non-industrialised feed like dead fish and other food waste. The report went on to charge that this was why Vietnamese tra fish was cheap.

After receiving information about the Cuatro report, VASEP sent a letter to local media, rejecting it in its entirety, stressing that Vietnam’s tra fish production was hygienic and safe to consume.

However, exports to this market were still affected, down 70 percent year-on-year last year.

According to international experts, there are several concerns related to the food and environmental safety of this fish without scales, but these accusations are unfounded.

Vietnamese tra fish is present in most markets in the world, including choosy ones such as the European Union, the United States and Japan. This means the product meets international requirements on food safety and the environment. - VNA