A young man from the central province of Quảng Nam reportedly showed up at the provincial tax department on Tuesday to pay his long overdue income tax from alleged income of US$700,000 he generated from Google from 2014-17. 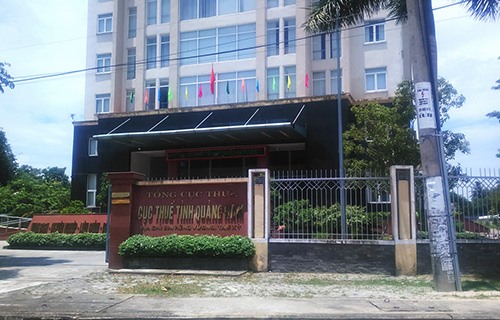 The young man didn’t know how to process his payment to the State’s budget, said a senior official from the provincial tax department.

This is yet another case in a string of incidents in recent years in which individuals were summoned by tax authorities and asked to pay large sums for their income from internet-based commercial activities.

Last December, an individual was made to pay more than VNĐ8 billion ($350,000) in income tax from their online cosmetics sales.

They are but the tip of the iceberg and, according to the country’s tax authorities, a very large one at that.

HCM City’s tax department last week asked some 14,000 individuals, whose income came from an array of internet-based commercial activities from online sales, advertising to app development, to come forth to pay their dues.

There is a saying in Vietnamese that goes: It’s difficult to catch chickens if you released them.

It seems to fit the situation the country’s tax authority finds itself in. Instead of building a proper tax system to target online commercial activities they were trying to make examples with the hope that others may get scared and come forward. That way of thinking is at best a short-term solution and at worst, wishful thinking. Without a system in place, they will be playing a game of catch-up for a long time.

It is safe to assume that the country’s tax authority cannot hope to match how fast the markets, both real and virtual, are evolving. It wasn’t that long ago that a tax officer’s job was a fairly simple affair in which the markets were physical places with stores and vendors that you can see and books and numbers that you can fit in a cabinet.

Large investments are required to provide tax officers with the technical knowledge to do their jobs. There are numerous tried-and-tested methods in more developed economies to monitor and collect income tax from internet-based commercial activities that Việt Nam can learn from.

While the lack of a clearly defined tax policy to target online commercial activities is one of the main concerns, Vietnamese also hold back on paying their taxes for a number of reasons.

"I don’t think it’s fair if I will likely be among the few who will be paying tax," said an online shop owner on Facebook who will remain nameless.

"If anything it will hurt my business because of the extra cost. Other shops who aren’t weighed down by such cost will be able to drive the price lower. I know for a fact that many bigger shops aren’t paying tax, so why should I?"

"I don’t think I will be declaring my income or paying tax. If they summoned me then I may have to because I fear the repercussions. But I see there are no benefits for those who voluntarily pay their taxes."

This clearly reflects the thinking of the majority of online shop owners as HCM City’s tax department only received a few responses after sending out the invitations. While there may be some who really didn’t know how or where to go to pay their income tax, most shop owners will likely keep quiet for now unless drastic measures are taken against them.

"They are only going after the big fish. After all, we don’t even owe that much money. I don’t think they will go the extra length to collect just a measly amount from small fish," said another Facebook shop owner when asked if she would meet with officers to discuss her income tax.

It is time for the tax authorities to put their heads together and start working on a system that can deal with online businesses. Nowadays, the markets, driven by technological advancement, are moving fast with an increasingly large portion of it going into digital space the tax authority must also evolve should they hope to fulfil their duties. — VNS