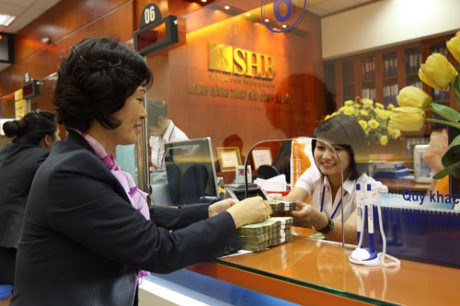 The event marks an important step for the bank as it is not only present in Indochinese markets but also the Southeast Asian region.

Myanmar is a developing economy with great potential in finance-banking.  In 2010, Vietnam and Myanmar signed a joint statement on comprehensive cooperation.

A memorandum of understanding on banking cooperation was also signed between the SBV and the Central Bank of Myanmar, laying a legal framework for Vietnamese banks to set foot on the country.

According to Nguyen Van Le, SHB General Director, the expansion of branches in and outside Vietnam is an important goal of the bank to improve the quality of its services, business efficiency and competitiveness.

SHB aims to become a mufti-functional retail bank in the future, Le said.

Established in 1993, SHB is among the five largest private commercial banks in Vietnam.

The bank has about 500 transaction sites in Vietnam, Laos and Cambodia.

In 2016, SHB won several domestic and international honours such as being named one of the 10 most prestigious banks in Vietnam, the best financing-project bank in Vietnam and the best small-and medium-sized enterprise bank in Vietnam.

It was also honoured as the most outstanding foreign bank in Cambodia as well as the best deposit product and brand initiative, and the internet-banking provider in Vietnam.