VietNamNet Bridge - As warned by experts, the revenue from Nhan Co and Tan Rai bauxite projects has been disappointing. 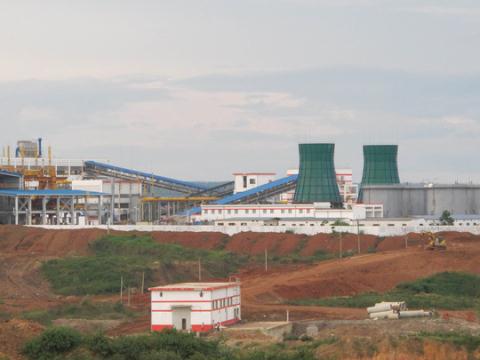 Dau Tu cited Dak Nong provincial authorities as reporting that the Nhan Co alumina plant was expected to pay VND437.761 billion in tax every year from 2016 when the plant began operation.

However, according to the Dak Nong provincial taxation agency, the total tax estimated to be collected from the plant in 2017 is just VND107.39 billion, or VND330 billion lower than expected.

The plant paid VND57.181 billion to the state budget, of which the biggest amount was from the mineral mining rights fee (VND23 billion). The amount also included VND13.8 billion in export tax, VND7 billion in environmental protection fee and VND6.2 billion in natural resources tax.

Dak Nong’s authorities estimated that with the current capability of contributing to the state budget and alumina only for export, the total revenue of Nhan Co would be just VND150 billion.

Fifty-two percent of the amount would go to the state budget (VND78 billion), while the local budget would receive VND72 billion.

As for Tan Rai alumina plant, Vinacomin reported the pre-tax profit of billion in the first half of the year.

At that time, Vinacomin’s managers said the production and business at Nhan Co and Tan Rai were becoming better, saying that the plants began making profit in 2017 and stopped losses one year earlier than initially planned.

However, experts pointed out that the revenue from Tan Rai and Nhan Co was too low compared with what was paid for the projects. They also mentioned the earlier warnings about the projects that bigger losses would eventually incur.

Nguyen Van Pho, former director of the Institute of Geological and Mineral Technology, once again stressed that Nhan Co and Tan Rai projects will hardly be effective because of two reasons – the low bauxite content and Chinese technology.

He went on to say that the price Vietnam has to pay for alumina and aluminum projects was too heavy – the forests are being cleared and the environment has been seriously affected, while the benefits have been modest.

Le Huy Ba, former head of the Institute of Science, Technology and Environmental Management said that what scientists warned about some years ago has come true.

Ba stressed that other countries no longer make aluminum from bauxite, including Australia, which invested millions of dollars in the projects.