PetroVietnam, the investor of Bio-Ethanol Dung Quat, Phu Tho and Binh Phuoc ethanol factories has entered a co-operation with partners to rescue these three factories, according to newswire Bizlive. 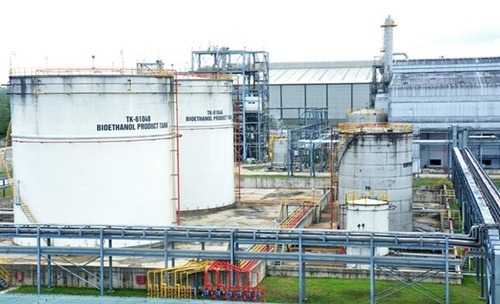 Notably, the member companies held a working session with Tin Thanh Industrial Electricity and Steam Co., Ltd. to discuss plans to run the factory and Tin Thanh conducted a survey of the factory. However, the parties have yet to reach a compromise over the benefits and the solutions to treat the wastewater.

Besides, the investor will co-operate with Tung Lam Co., Ltd. to run the factory. Accordingly, Tung Lam will be in charge of consultancy. However, BSR and PV Oil have yet to issue a comment on this solution.

Regarding Binh Phuoc factory, PV Oil and Orient Bio Fuels Company, the investor of the project, built plans to resume the operation of the factory from January 1, 2018. Simultaneously, PV Oil will also co-operate with Tung Lam to research solutions to decrease product prices.

Besides, PV Oil signed a contract with Petroleum Securities JSC to build a divestment plan from Orient Bio Fuels Company and other alternative plans in case the divestment fails.

Regarding Phu Tho foreign, both domestic and foreign investors are building plans to resume operations. Besides, PV Oil will enlist a consultancy firm to calculate the factory’s asset value to serve as basis for the divestment.

Starting operations in February 2012 after 33 months of construction, Bio-Ethanol Dung Quat was expected to produce 100 million litres of ethanol per year, which was then mixed with A92 gasoline to generate bio-fuel E5. After one year of non-profit operation, PetroVietnam handed the factory over to BSR.

However, since being taken over by BSR, it has yet to see positive signs and as a result, it was closed for defaulting on the VND1.3 trillion ($57.47 million) debt it owed to banks.

PetroVietnam also invested $90 million into building two other bio-ethanol factories in the northern province of Phu Tho and the southern province of Binh Phuoc. However, the construction of Phu Tho stopped in mid-2012 due to financial problems and Binh Phuoc, which started operation in 2009, only had a trial run, after which it stopped due to a shortage of raw materials, despite being located near a cassava cultivation area.