Nghi Son refinery and petrochemical complex’s preparations for its debut in the fourth quarter of 2017 have been completed, so the complex is in a rush to finish all minor remaining tasks for a perfect launch on time. 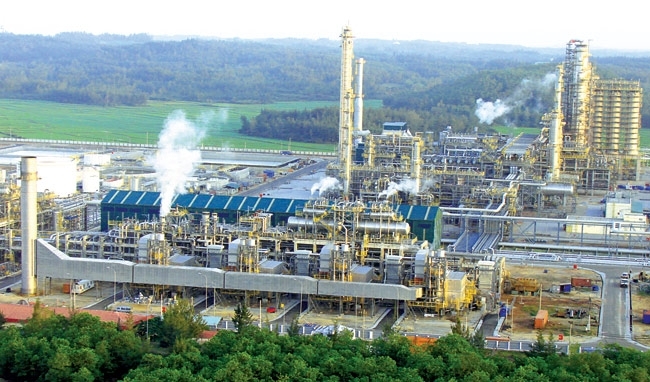 The construction started in July 2013 and has been basically finished and handed over to Nghi Son Refinery and Petrochemical LLC (NSRP) by now. Currently, the complex is testing some of its components parts.

As scheduled, Nghi Son complex will be put into official operation from the fourth quarter of 2017. Accordingly, every month, NSRP will welcome three crude oil tankers from KPC.

With the annual capacity of 10 million tonnes (about 200,000 barrels of oil per day), Nghi Son refinery will meet 40 per cent of domestic oil and gas demand and export millions of tonnes of petrochemical products, such as benzen, paraxylen, and polypropylene.

On August 20, the huge crude oil tanker Millenium arrived at the single point mooring (SPM) of Nghi son complex and pumped 14,000 cubic metres of crude oil through 35 kilometres of pipelines to Nghi Son complex’s tanks. Each tank has a volume of 120,000 cubic metres. It is forecasted that filling up all the tanks may take about three days.

Dinh Van Ngoc, deputy general director of NSRP, said that this is the first time a Vietnamese refinery welcomed such a huge crude oil tanker, which makes Nghi Son a milestone marking the strong development of the Vietnamese seaport industry.

On July 26, the Thanh Hoa Department of Technology and Science established an inspector team to overview the “nuclear radiation safety” of Nghi Son complex and it has done well to keep to the stipulated standards.

Especially, besides the standardised sewage system, Nghi Son complex also regularly checks its wastewater by taking water samples three times a day for analysis in the distributed control system (DCS) system. All the indicators will be reflected in the screen of the system to show abnormalities in the wastewater.

Licensed in 2008, Nghi Son complex has a total investment capital sum of $9 billion. Of this PetroVietnam has a 25.1 per cent stake, KPI 35.1 per cent, Idemitsu Kosan 35.1 per cent, and Mitsui Chemical International 4.7 per cent.