How will Vietnam cope with the crisis caused by China-US trade war?

VietNamNet Bridge - As GDP relies on exports, in order to avoid the abrasive effects of the China-US trade war, it needs to improve competitiveness and find new markets. 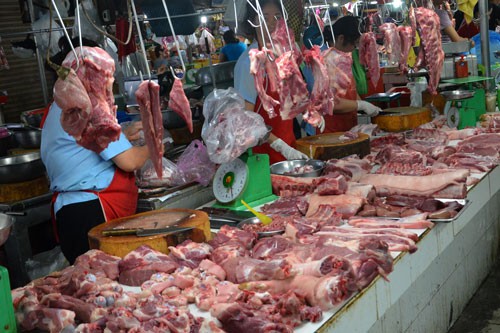 Some experts believe the impacts on Vietnam's economy would be minor

A report released by NCIF (the National Centre for Socio-Economic Information and Forecast) at a recent conference said if the US imposes a tax rate of 25 percent on $34 billion worth of imports from China, Vietnam would see its GDP decrease by VND6 trillion a year in 2018-2022.

The Ministry of Planning and Investment (MPI) estimated that the trade war between the two largest economies would cause Vietnam’s GDP to fall by 0.03 percent in 2018. The decrease would be sharper to 0.09 percent in 2019 and reach 0.12 percent in 2020-2021.

Some forecasts say the US may escalate commercial retaliation against China with many possible scenarios.

Luu Bich Ho, former director of the Development Strategy Institute, an arm of MPI, said the trade war would cause chain reactions which will affect trade, investment, monetary policies and other issues.

“Some experts think that the impacts on Vietnam would be minor, but I believe the impacts would be huge,” Ho said.

“There is no possibility of lending interest rate decreasing from now to the end of the year. And a lot of problems may arise in foreign investment and public investment disbursement,” Ho said.

Vietnam may become the punitive subject for the US if China tries to export products via Vietnam.

Nguyen Duc Do from the Finance Academy commented that Vietnam has few options in dealing with the economic crisis caused by the US-China trade war. If it devalues the dong to boost exports, this will affect the macro economy.

If it intensifies public investment to deal with recession, this will lead to an increase in public debts. Meanwhile, it still has not succeeded in improving the competitiveness of domestically made products.